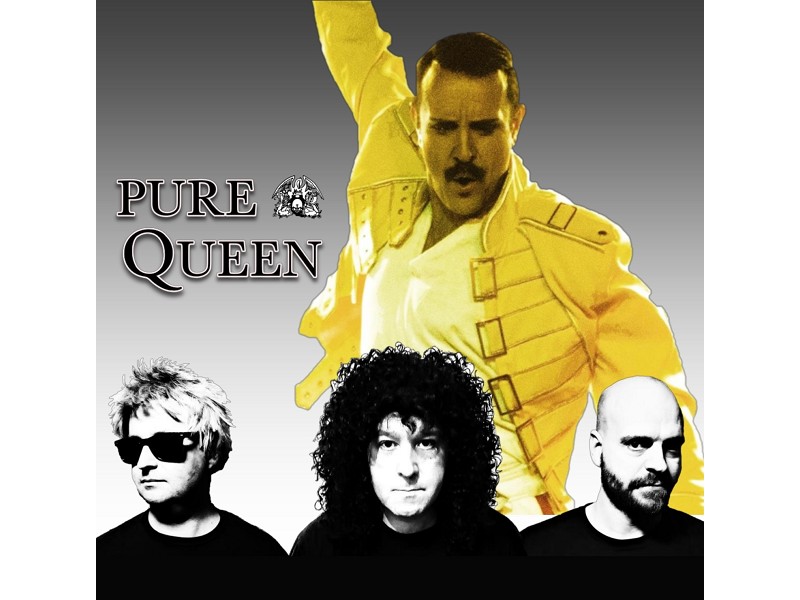 Pure Queen are selling out venues all over the UK performing songs spanning nearly 4 decades of some of the greatest rock anthems ever written. Pure Queen will captivate you with an exciting theatre production and exceptional performances of Queen’s most popular and fan-favourite hits.

The band are all consummate professionals and their portrayals of the original Queen members is second to none. Look out for Freddie’s accurate vocals and extravagant visual performance.

Brian’s riffs come over like the original and the thumping, hard hitting drums of Roger and the solid bass of John complete the engine of the band.

Queen were one of the most iconic and influential bands in music history.

Pure Queen recognise it is an honour to play their music and they do so with great respect, pride and passion.  Join them for an evening of celebrating the musical legacy of Queen.