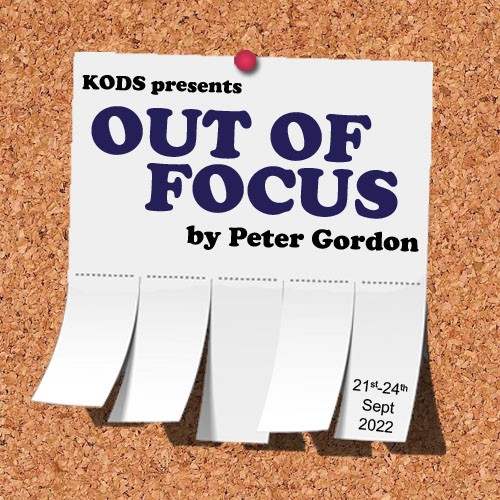 A cleverly crafted, hilarious comedy, Out Of Focus is set in the annexe of a church hall, where a series of unfortunate over-bookings have led to a wonderful mix of characters from the local community descending on the hall. Ranging from a Brownie troupe, a badminton game, auditions for the local pantomime and man intent on delivering a talk on steam locomotives to anyone who will listen!

Eventually they all unite to produce the pantomime but, as rehearsals proceed, alliances are forged and switched as the opening night looms.