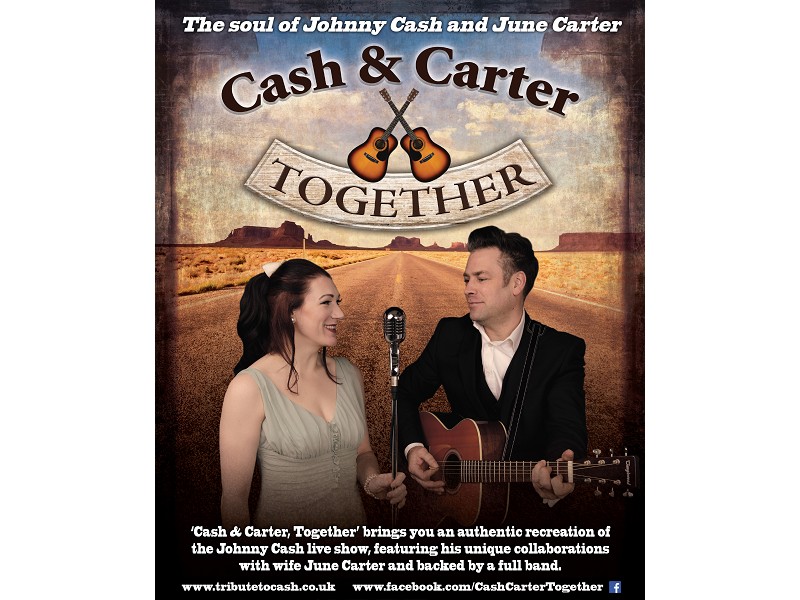 In September 1954, Johnny Cash walked into Sun studios, Memphis to record his first single, ‘Hey Porter’. A little over two minutes of freight-train rhythms would be the start of an incredible career that lasted until Johnny’s death in 2003.

Richard Day (Johnny Cash) and Lizzy Rushby (June Carter), backed by a full band and featuring projections and stories, capture the soul of the Cash-Carter legacy with feeling, honesty and humour to bring you a distillation of the career of one of the biggest names in country music.

The show features a set list of the best of Cash and Carter; Folsom Prison Blues, Jackson, Ring of Fire, A Boy Named Sue, Get Rhythm, Carter family bluegrass, and delves into the magnificent American Recordings series, including Hurt, which brought Johnny to a whole new generation of fans.

Touring the UK and beyond, the show is a must for fans of Johnny Cash and June Carter. Book now to enjoy the soul of country music that is, ‘Cash and Carter, Together’.