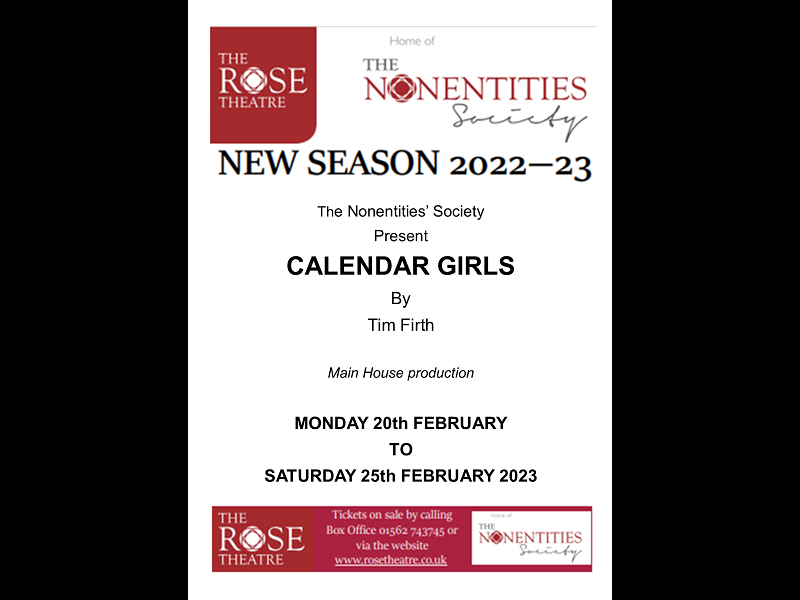 The Nonentities Society – Main House (A)

When Annie's husband John dies of leukaemia, she and her long-standing best friend Chris resolve to raise money for a new settee in the local hospital waiting room.

With varying levels of encouragement, they persuade four friends and fellow members of the Women’s Institute (W.I.) to pose nude with them for an "alternative" calendar. They are assisted by hospital porter and amateur photographer Lawrence, who looked after John in his final days.

This is much to the horror of the their local W.I. chairman, Marie.

The success of the calendar goes beyond their wildest dreams and they have soon raised the money needed and much more.

Their efforts also catch the attention of the national and international press, who soon descend on the small village of Knapeley in the Yorkshire Dales.

Although the calendar is a huge success, Chris and Annie's friendship is put to the test with their new-found fame and Chris is forced to question her real motivation behind doing the calendar.

Tim Firth’s hilarious play is based on the true story of eleven W.I. members who famously posed to raise money for the Leukaemia Research Fund in 1999.